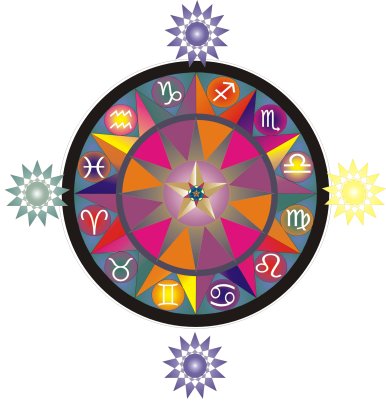 The word “mandala” stems from Sanskrit, (the classical language of India) and means “circle”.

The number twelve a cosmic number, yielded by multiplying the feminine 4 and the masculine 3 ( there are 3 zodiac signs in each of the 4 quarters of the astro wheel).