Minutes of the last AGM read and approved.

Secretary's Report from Mshel read out.

(i) Lyn sent in a report for Beltaine 2007.
This was a Rainbow Family gathering, held in Cornwall, not a Rainbow Circle Camp, but RC had been expressly invited and lots of Rcers went.

(ii) Max & Lisa were coordinators for kids camp, held at Whitsun Half term at Atlow, Derbyshire.

(iii) Rainbow at Glastonbury - nothing more was known except what's in Secretary's report.

Lyns report on Franqui's wake was read by Pete.
Sorrow as expressed from the circle in general and by individuals.

Election of Secretary.
The current secretary is Mshel. She was not standing for reelection.

Appointment of Vehicles Coordinator
George resigned shortly b4 last years camping season but de facto has continued in that role.
Richard and Toni are on the vehicle group.
Lisa Proposed George as vehicle coordinator, Kestrel seconded
For 11 Ab 2 Ag 0
Passed

Proposal: There will be a tat circle (Proposed Helen, seconded Kestrel)
For 16 Ag 0 Ab 1
Passed

Proposal: (Proposed Helen, seconded Kestrel) Viv, Kestrel and George will be
on the tat circle. The tat circle will start by listing the equipment that Rainbow Circle has.
For 16 Ag 0 Ab 0
Passed

Proposal: Coordinators of camp are responsible for making arrangements for setting up and completely clearing up the camp.
Proposed Kestrel, seconded Jill.
For 13 Ab 1 Ag 0
Passed

Proposal: George, Viv and Sue T. take forward energy in the way they think best to further develop the website for the good of rainbow circle.

Much debate then over egroups.
Four distinct formal proposals made.

None of the above 4 proposals were voted on.

Election to council.
Procedure: Secret paper vote, people voted for don't have to be present at meeting.
You may vote for as many or as few people as you wish.

The Co-ordinators have the right to evict people from their camp, and make the rules for their camp.
For 5 Against 6 Abstain 5
Defeated

Council or EGM may depose co-ordinators, but if they do so they must appoint replacements.
For 2 Against 7 Abstain 6
Defeated

Discussion of next years R/C activities

Discussion of having one big camp, rather then a number of smaller camps

George offered to lead expedition to Sunrise at May Camp

Thorn & Star have offered to run a Kids camp in Summer

Proposal: no person may hold position of responsibility for more than 3
years.
Withdrawn as M'shel not present & Kestrel withdraws Seconding

Item: issues involving Derbyshire Farmer
He hasn't been paid, Rubbish has been left on site, Storage of vehicles on site

Sarah offered to remove the rubbish

Proposal by Jill, seconded by Annie
All adults staying overnight at Rainbow are required to become members, signing their details on arrival, (including children, animls and vehicles) and consent to abide by guidelines. These will explain Rainbow Circle's basic rinciples of Majik Hat, Midday Meeting, Talking Stick etc.
Withdrawn after discussion.

Proposal: We allow no violence – physical or psychic. Any breach to be reported to camp co-ordinators who will seek Council support to investigate and look for resolution. If the complaint is upheld, formal warning will be delivered. If any further complaint is upheld, that individual will leave within 24 hours, ending membership until written appeal is agreed by Council.
Proposed by Jill, seconded by Annie

After discussion it was proposed by George, with the agreement of the original proposer, Jill, that the proposal be shortened to 'We allow no violence'
Seconded by Annie
For 17 Against 0 Abstain 0
Passed

Proposal: that WWG be mandated to discuss and decide further issues of boundaries
Proposed by Barry, Kestrel seconded
For 14 Against 1 Abstain 0
Passed

Proposal: Each area of responsibility has a spiral of three of co-ordinators.
This applies to secretarial, finance, tat maintenance, egroup and camps.

No person can take on more than three roles at any time.
(this is reworded from the original proposal on agenda, removing mention of apprentice, worker, elder)
Proposed by Jill, seconded by Annie
For 5 against 2 abstain 5
Passed

Proposed by Jill, seconded by Annie
To join WWG, members will have spent time at this years camps and commit to working towards next years.
Final decisions on joining WWG will be made by elected council members.
For 6 against 1 abstain 5
Passed

Location & date of next AGM
Proposal: these decisions are mandated to WWG
proposed by Kestrel, Barry seconded
For 9 against 0 abstain 0
Passed 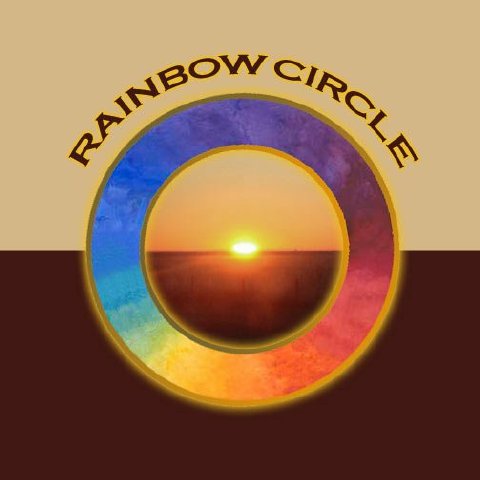 Touch the Tipi to go home